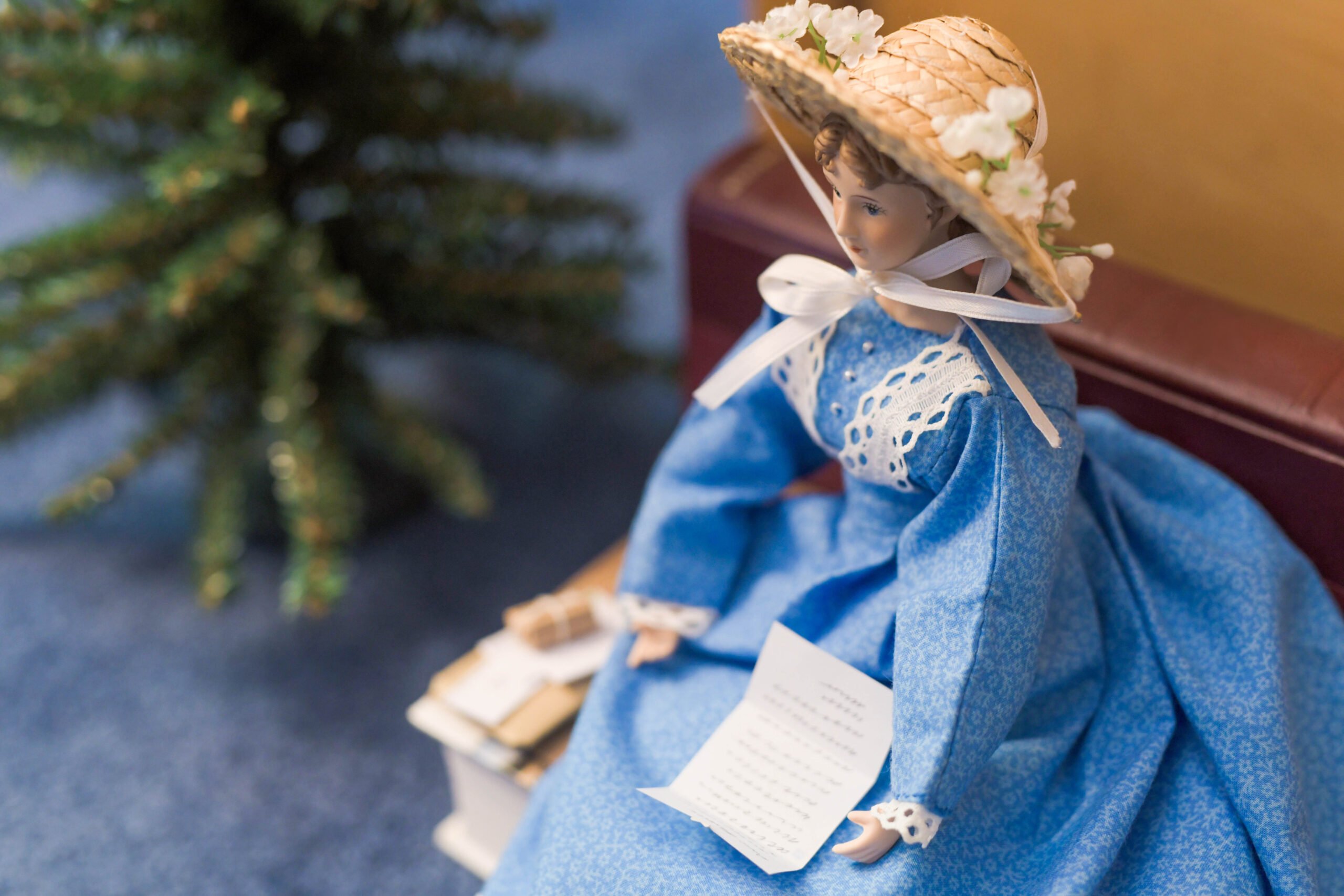 Miss Esther carefully unfolded the letter and began to read.

I hope this finds you well and enjoying a wonderful week!

I’ve heard much of you from our mutual friends and look forward to the day when we can actually meet in person. Perhaps you could join me for tea tomorrow at 3:oopm?

Miss Esther drew in her breath.

In the meantime, I have a favor to ask. I have two small guests who need a place to stay. I would have them here, but we are full just now. Would you be willing to host them for us tonight?

Dorothy and Beverly are dear friends of mine and from what I’ve heard of you, I’m quite sure the three of you will get along well. However, if this doesn’t work well for you please don’t hesitate to let me know. I can make other arrangements. Oh yes, and they will be busy here at the castle this afternoon. I think you could expect them at about 6:00pm.

Miss Esther fanned herself with her free hand. “What a surprise! Normally I only go out to tea about once a month and now twice in one week?” Her mind began to clear. “But most certainly we can host the princess’s friends. It wouldn’t take much to freshen up the guest room.”

Miss Esther was deep in prayerful thought when she heard a slight cough. She looked up to see Kingsley waiting politely. 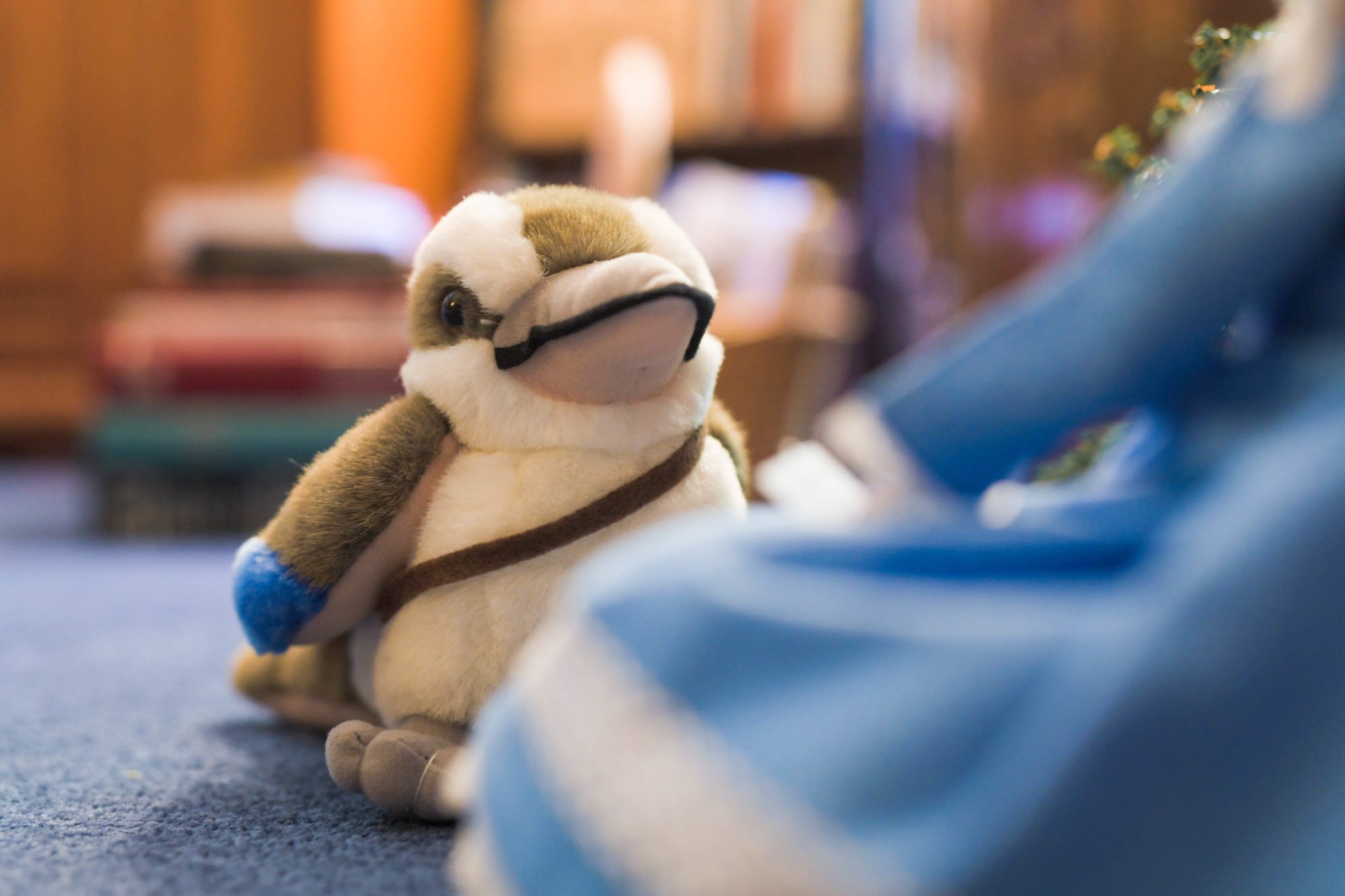 “May I take a return message back for you, Miss Esther?” Kingsley stood on one foot for a moment.

“Yes, thank-you.” Miss Esther nodded slowly. “Tell her I’d be happy to host the girls and that it would be an honor to join her for tea tomorrow.”

“Very well, Miss Esther. A good day to you then!” Kingsley bowed politely.

“Thank-you, Kingsley. Have a wonderful rest of your day!”

Kingsley took a few running steps out onto the lawn, spreading his wings as he did so. Soon he was soaring through the air and making his way towards the Golden Castle.

Miss Esther watched him go for a moment and then rose. She looked around for Cashew. 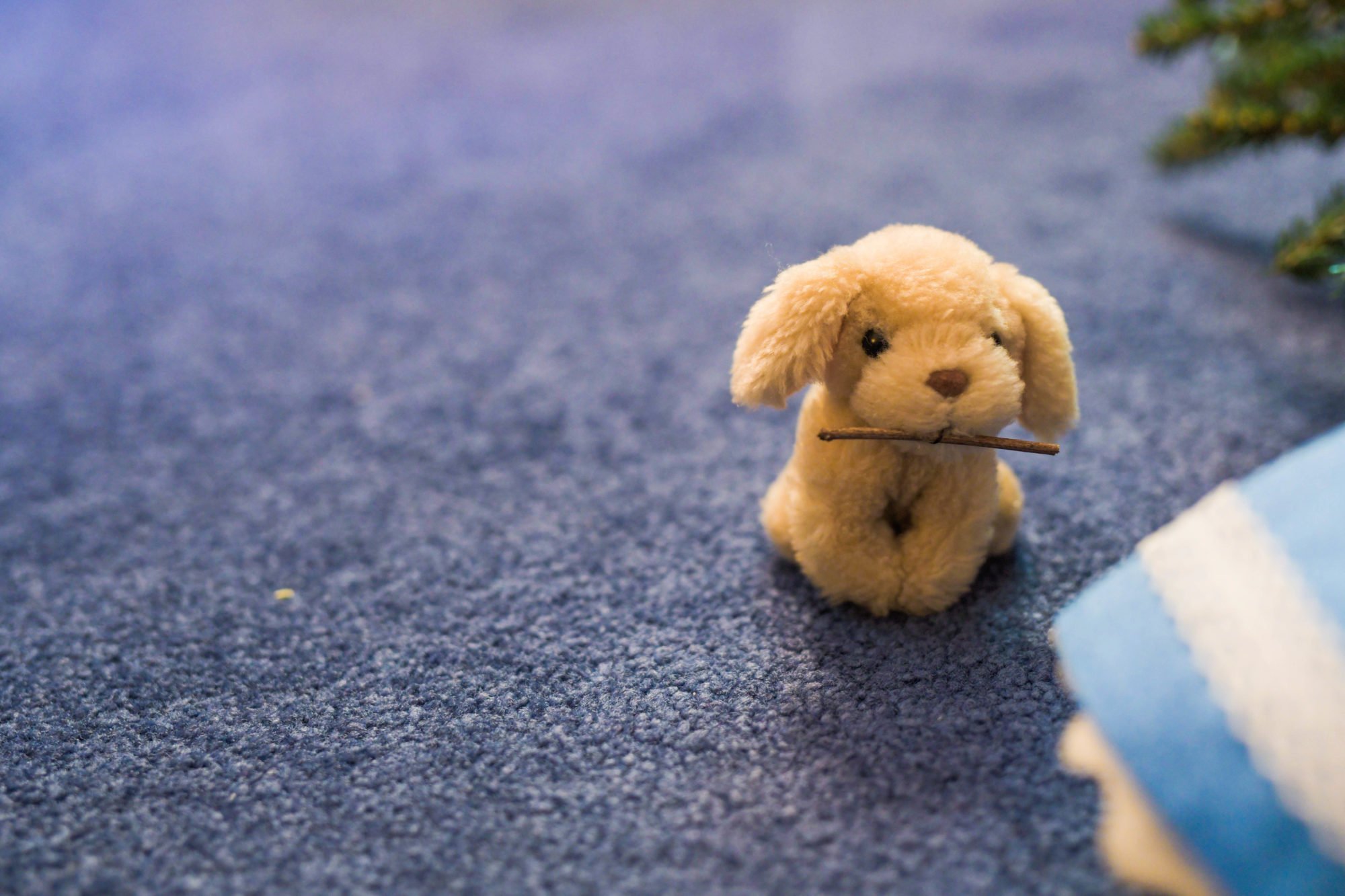 Miss Esther looked down to see Cashew standing just beside her, a small twig in his mouth. He wagged his tail hopefully.

Miss Esther hesitated for a split second. She had so much to do! But a few moments playing catch with Cashew might do them both good. She reached down and took the stick.

Cashew’s eyes lit up and he started to move.

“That was fun, Cashew!” She scratched behind her dog’s ears. “We’ll have to do it again sometime!”

“While you were exploring I received a letter from the Castle. Princess Ella has friends who need a place to stay. I sent word that I’d be happy to host them!” Miss Esther smiled. “So we’re going to have extra guests tonight. Would you like to help me get ready for them?”

“Thank-you! I’ll be so glad to have your help.” Miss Esther re-fastened Cashew’s leash. “Let’s see how much we can get done before lunch!”

Miss Esther took up the pile of mail and began climbing the stairs towards the university. Cashew trotted along beside her. Soon they were back in their own house. Miss Esther undid Cashew’s leash and the dog ran to put it away.

Miss Esther looked through her pile of mail. “I wonder if any of these other letters need to be attended to…”.

Fortunately none of them did and Miss Esther tucked them into her office bag to be attended to later. Then she went upstairs to put her sister’s packages in their rooms. Priscilla and Susanna would be so excited to receive them! 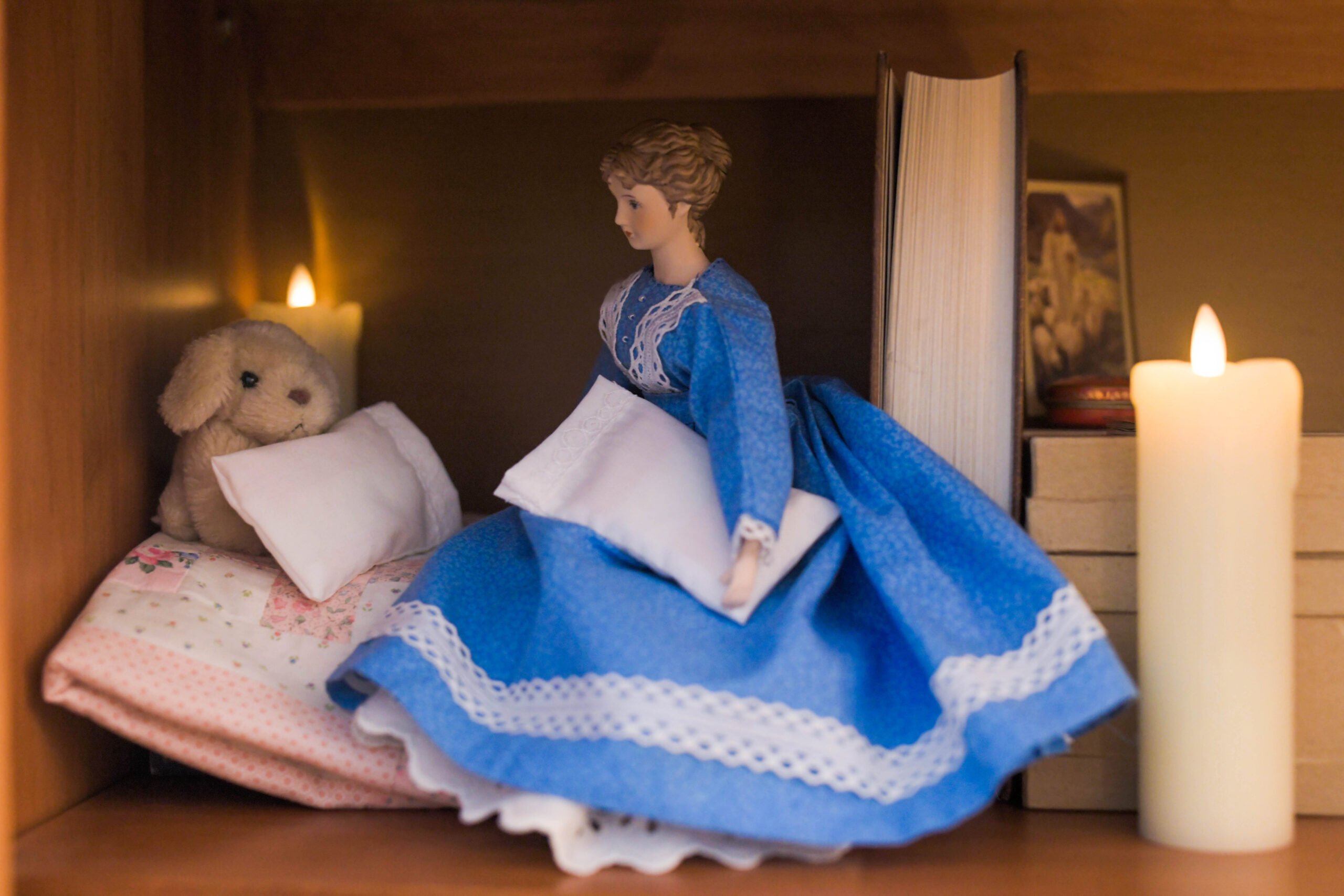 Once the packages were safely delivered, Miss Esther went into their small guest room. With Cashew’s help she changed the sheets on the bed and fluffed up the pillows. Fortunately the room didn’t need to be dusted.

“Now for a welcome sign!” Miss Esther hurried back downstairs, Cashew at her heels.

Miss Esther pulled out her art supplies and set about making a small sign to set on the guest room bed.

Miss Esther used her prettiest handwriting. Then she paused for a moment. “What verse shall I write on it?”

Miss Esther reached for the Bible the sisters always kept in the library. She flipped to the Psalms and looked at several different verses. Finally she settled on one of them and wrote it carefully beneath the greeting she’d already written.

“The LORD that made heaven and earth bless thee” 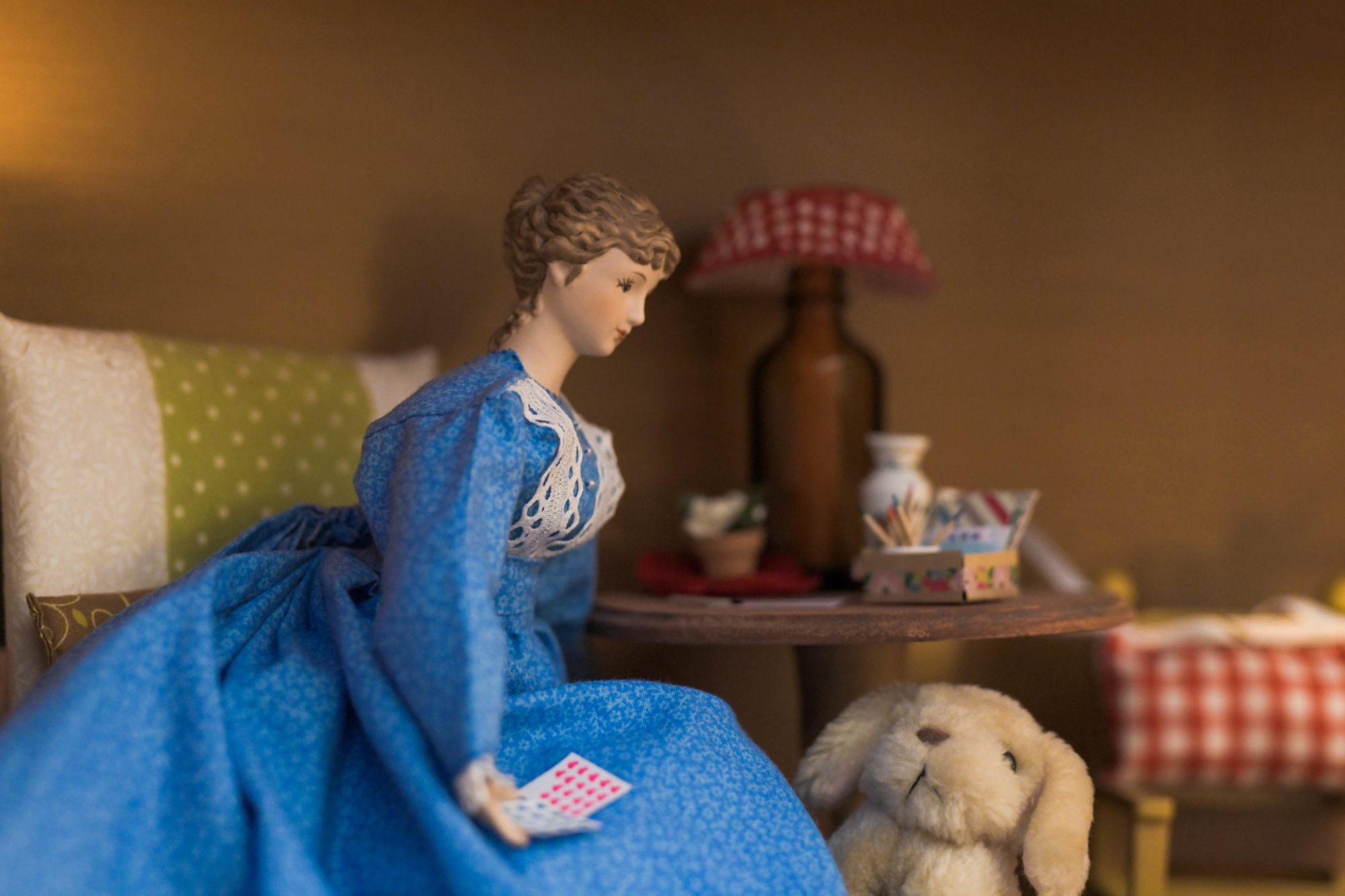 “There!” Miss Esther reached for her small collection of stickers. “Now, Cashew, should I do the blue flowers or the pink hearts?”

Cashew gave the stickers a critical look and then put both his front paws on Miss Esther’s knee.

“You think I should do both?” Miss Esther laughed.

Miss Esther decorated the small card with stickers and then handed it to Cashew. “Would you run this upstairs and put it on the guest bed?”

Cashew hurried off, his paws making little tapping noises as he went. Miss Esther put away her art supplies and went to the kitchen to see about lunch.

There was still so much to do in the next several hours!