As soon as Priscilla had left Miss Esther settled herself down in the library. Pulling out her writing supplies, she looked over the letters she needed to reply to. As housekeeper for the sisters, she often tended to the mail as well. 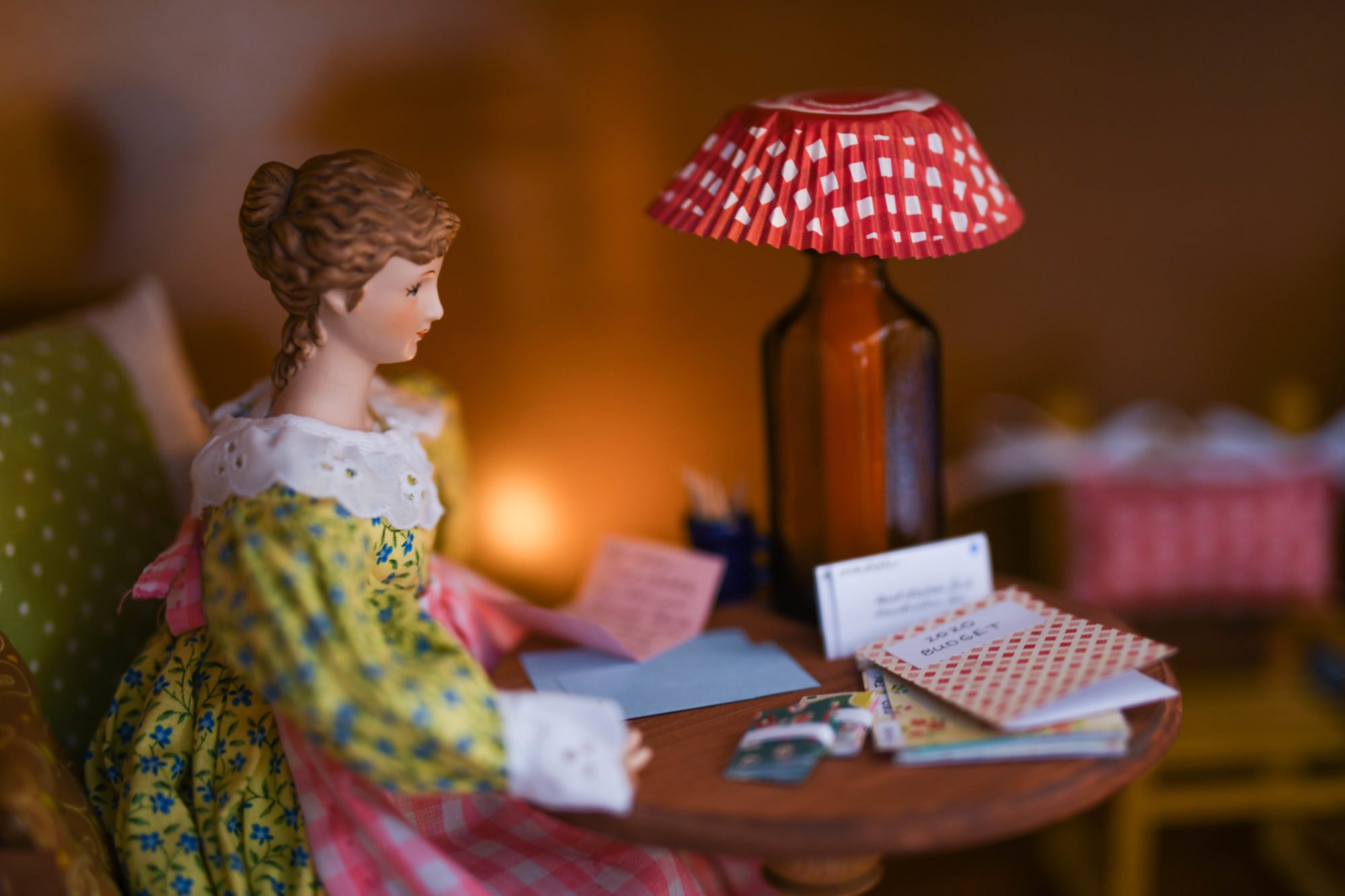 For the first half hour Miss Esther busied herself about writing a few quick notes and filing some papers she’d need when balancing the budget on the following day.

Then she picked up a pink letter with a smile. “At last! The essentials are taken care of and now I can write to Cousin Flossy!”

Miss Esther drew forward a crisp sheet of paper and began to write in her clear handwriting.

How lovely to hear from you! We read your letter with much delight last week. We think of you often and pray for you frequently. I’m so glad the work with the International Dolls Mission is doing well. We were all thrilled to hear of the opportunity you had to share the gospel with those newcomers. May the Lord water the seed a hundredfold!

Miss Esther went on to relate her adventure with Carrots and of the new friends she had made. After writing down the story she paused for a minute to collect her thoughts and then continued.

Do pray for us, Flossy, that we may share Christ with them. In my quiet time this morning I read of how the testimony of the woman at the well helped others to believe in Christ. I do so want to do the same as often as the Lord gives me the opportunity.

And now the clock is getting away from me! I’m to go to Tea Cup Street for tea and it’s a bit of trip. Looking forward to getting to know these new friends better!

Love and hugs from all of us,
Miss Esther, for her sisters too :)

Esther folded the letter and slipped it into an envelope. She addressed it to her cousin and fastened on the stamp.

“There! All set!” Miss Esther began to put away her office things. “I’ll drop these letters in the post office on my way out.”

Miss Esther hurried to her room to freshen up and tie on her hat. In a few minutes she was back upstairs. She slipped her purse in her pocket, took up the plate of cookies and reached for her letters.

Once outside Miss Esther laughed to herself. “How am I supposed to shut the door if my hands are full?”

Miss Esther thought for a moment. “I know! If I set these letters down on top of the plate of cookies, I’ll have one hand free.”

So Miss Esther gently laid the letters on top of her plate of cookies and used her free hand to shut the door.

“Well, Lord, here we go!” Miss Esther glanced up at the bright blue sky. “Would You give me your words as I relate with others today? Thank You! In Jesus’ Name, Amen.”

Miss Esther started off down the sidewalk, her yellow skirt swishing as she went. She waved to Priscilla who was working at the library, to Martha Mouse who was washing the windows of The Bethany Bread House, to Captain Parrot who was cleaning his boat and to the professor bears who were teaching a class of students at the university.

“Such a busy day!” Miss Esther descended the steps to Bluebell Lawn. “Everyone is going about the work You have given them, Lord.” 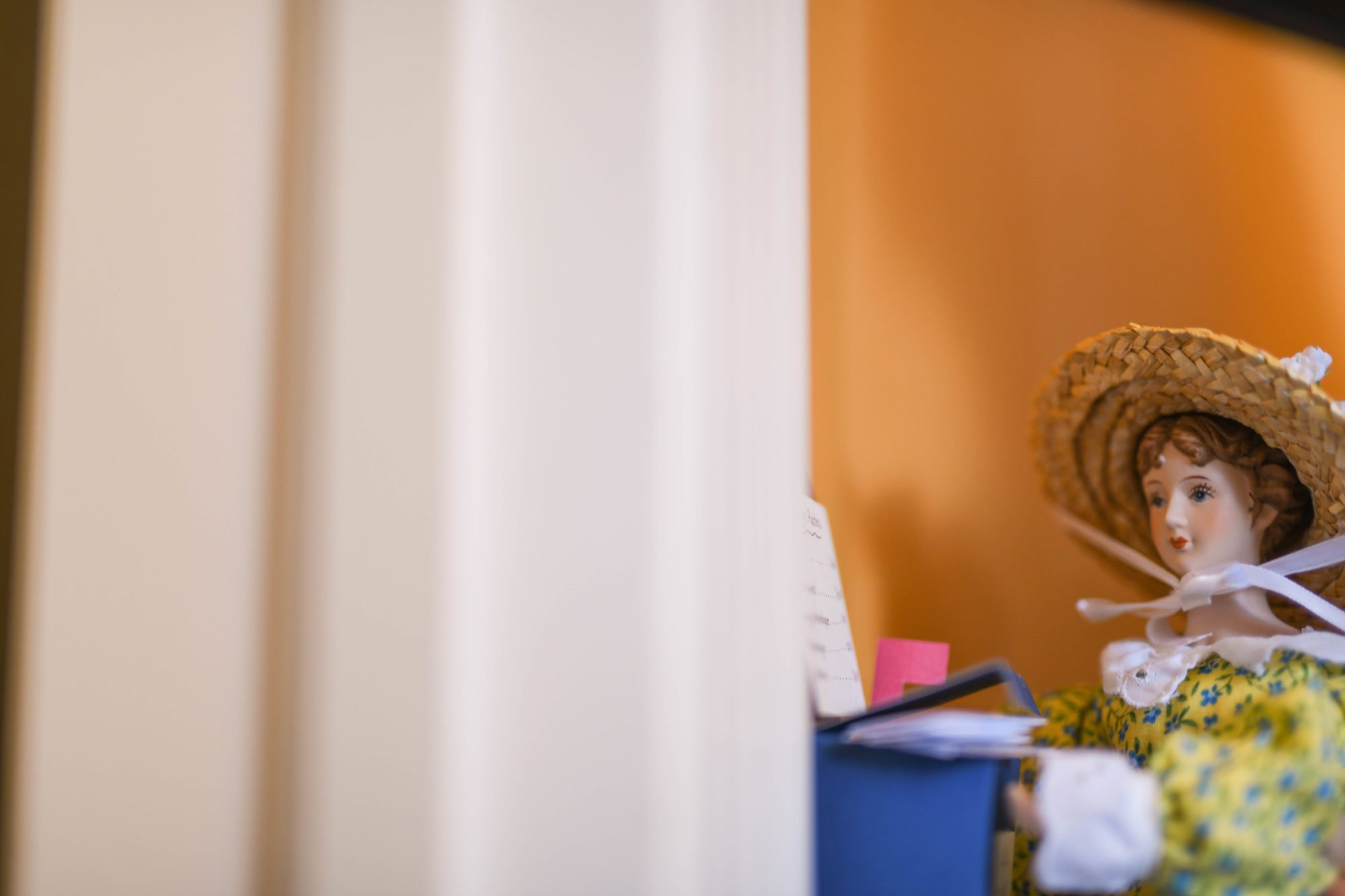 Miss Esther spied the post office box beside the gate of the upper town. In a few quick steps she was there. She lifted the lid of the box and peaked inside. It was empty.

“Kingsley the Postman must have come already!” Miss Esther tried not to be too disappointed. “Oh well! There’s no hurry. Tomorrow will be fine.”

She set her letters inside and closed the lid. “It’ll be so fun to see if Cousin Flossy writes back soon!”

“Good afternoon, Miss Esther!” Robby looked up from where he was working with the mechanics of the elevator. “How are you today?”

“Very well, thank-you, Robby.” Miss Esther gave her friend a smile. “How are you?”

“Fantastic. Can’t complain!” Robby brushed some dust from the mechanics with the tip of his furry tail. “How is Carrots feeling?”

“He’s pretty tired. He slept most of the morning and Susanna took him with her to the hospital this afternoon so she can keep an eye on him.”

“Good for Susanna.” Robby’s eyes sparkled. “Well, Miss Esther, how can I serve you today?”

“I’m headed to tea on Tea Cup Street.” Miss Esther glanced at the plate of cookies in her hand. “Is the Air Basket working today?”

“It sure is. Just cleaned the gears so you should have an even smoother ride than usual!”

Robby held the cookies while Miss Esther climbed into the basket and handed them to her once she was settled. 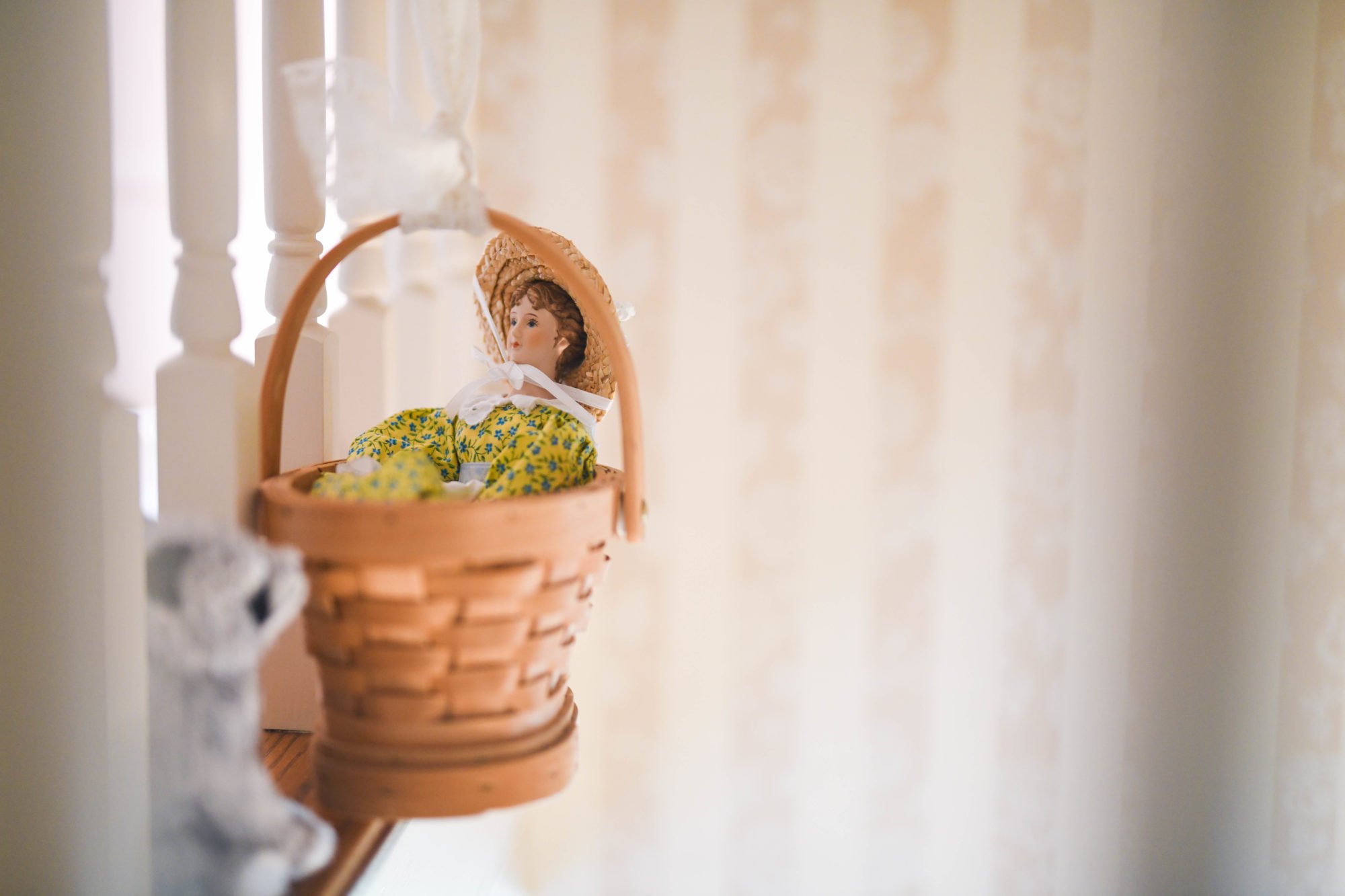 “We’ll have you down in no time, Miss Esther.” Robby went back to his rope. “Enjoy your tea party!”

Miss Esther had no time to say more for the basket swung out into the air and began to slowly descend towards the lower village. Miss Esther closed her eyes for a moment. Heights tended to give her a funny feeling in her stomach.

Miss Esther opened her eyes just as the basket settled gently onto the ground. Danny Dog gave her a warm smile.

“Good to see you too, Danny.” Miss Esther took a deep breath. “How are you?”

“I’m thankful, Miss Esther!” Danny Dog reached to help her from the basket. “I can run around on all fours today. Isn’t that wonderful?”

Miss Esther waited to reply till she and her cookies were safely on the landing. “That is wonderful, Danny! And that makes two of us. I’m thankful I can walk on two feet today.”

“Yes.” Miss Esther reached into her pocket for her purse. “I’ll go ahead and pay now, though.” She handed him a couple pennies. “Same as usual?”

“Yes, ma’am!” Danny Dog took the coins and slid them in his cash box. “Thank-you, Miss Esther. Would you like a receipt?”

Danny Dog flipped open his receipt book and carefully wrote down the purchase. With a quick movement he pulled the receipt paper free and handed the white paper to Miss Esther.

“There you go!” He tucked the pink paper into his own file. “Always a pleasure to serve you, Miss Esther.”

“I’m so thankful you are here!” Miss Esther tucked the receipt into her purse. “It’s so nice not to have to take the hike down.”

“Robby is hoping to have monthly and yearly passes available soon.” Danny Dog leaned against the side of the basket. “We’ll be letting our customers know as soon as we have them ready.”

“How wonderful! I look forward to hearing more about it.” Miss Esther smiled and reached out to shake Danny’s hand. “Have a good afternoon, Danny.”

“You too!” Danny shook her hand energetically and then moved to prepare the Air Basket for his next customer.

Miss Esther started down the short road leading to Tea Cup Street. In another moment she’d be at Mel and Mellie’s.

The adventure of afternoon tea was about to begin.