What is the Price of Your Integrity?

The story is told of “Honest Abe” Lincoln that as a young man he held a job as a clerk in a country general store. One day in selling goods to a woman, Mrs. Ducan, he charged her two dollars and six cents. In reconciling his accounts at the end of the day, Abe recognized that he had charged Mrs. Ducan, six cents too much. When he closed the store, he walked the two miles to her home to return the overpayment to her*. Other examples of Lincoln’s life have been noted that earned him the moniker of “Honest Abe”.   Nations today, as they did then, long for leaders with such integrity. 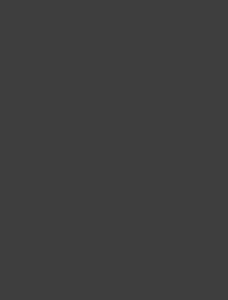 In attending a convention in North Carolina recently, I went to a presentation by Steve Scheibner. Scheibner is a pilot with American Airlines and he was giving a message to men on “Second Mile Leadership”. A good message that was based on Jesus statement in Matthew 5:41. One of the areas of leadership that he addressed was integrity. He asked the question, “What is the price of your integrity?” His answer to that question was that he believes for most men that their integrity is worth about a “buck seventy-five”, $1.75.   He had a simple test. See how you fare. He asked the audience, “What do you do when you are paying the bill at the restaurant and discover that your waiter failed to charge you for one of the beverages that you had ordered?” Do you, consider it their loss and your gain? Or do you immediately inform the waiter that they made a mistake and they need to add one more beverage to the bill? Scheibner’s conclusion is that most men take the money and run, rationalizing that the error belongs to the waiter and the restaurant.   For Christians, of course, that’s never an option. As the apostle Paul testified in his trial before Governor Felix, “I strive always to keep my conscience clear before God and man.” Acts 24:16 NIV

Our integrity should not have a purchase price. Living a life of integrity brings its own rewards. Proverbs 10:9 states that “The man of integrity walks securely, but he who takes crooked paths will be found out.” NIV When our conscience is clear before God and before man, we can rest secure. Just like Honest Abe, our reputation remains intact. Integrity enables others to rely upon us and to trust us; our word and our actions represent our bond.   In the restaurant example above, informing the waiter of the error on the bill even has the opportunity to open doors to a conversation about God. A strong testimony accompanies a man of integrity. And when the waiter asks “why would you do this for me?” Make sure you are ready to give an answer for the hope that is within you!

*The Character Journal, A Ministry of Home Life Ministries……Taken from Gaining Favor with God and Man by William M. Thayer, 1893